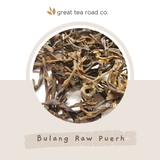 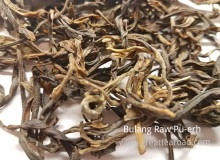 ​Puerh tea consists of two completely different categories. One is called “Raw Puerh Tea” and another is “Ripe Puerh Tea”. To simplify it, it goes from pan-frying, rolling, drying, and aging it in the storage for raw Puerh tea. As for ripe Puerh, it is fully fermented by mold rather than aged in storage. Normally, people dislike Puerh because of the moldy flavor which is caused by the poor quality of the tea. The earthy flavor in Puerh tea does not only give an unpleasant drinking feeling but also causes health risks. This is why we are carefully selected Puerh from a trusted tea farm. ​

GOOD TO KNOW: Keep in an air-tight container, away from strong odor or sunlight.